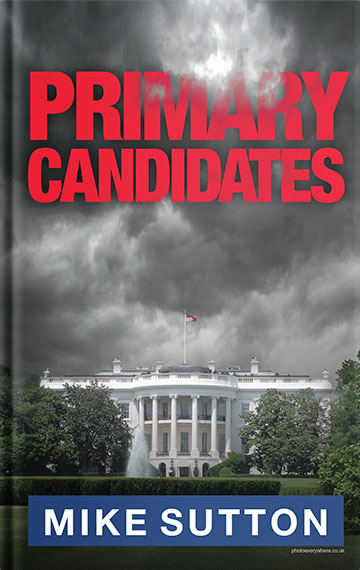 Three politicians jockey for position in the early part of 2008. Senator Robert Fox has already secured his party’s nomination, but Senators Jeannette Freddo Reynolds and Thaddeus Tasman are locked in a dogfight for theirs.

A load of highly dangerous weapons is in transit from the Arizona manufacturer to Fort Hood, Texas. A very sophisticated hijack plot interrupts their journey and the President, his Cabinet, and the U.S. military have to figure out how to get them out of the wrong hands.

Early in his first of three tours in Vietnam, Detective Hunter Morgan learned never to say the following: “Well, things can’t get any worse than this!” They can and do when a sniper starts shooting in Baltimore.

Railroad catastrophes, take place on both sides of the country and terrorists strike two major American airports, driving the elections news into the background temporarily, until one of the primary candidates turns up missing… last seen with a Secret Service Agent.